At CrossFit Montreal we train with functional movements, not with machines. We train at high intensity for a short period of time; no long slow walks here. All workouts are designed and coached by a trainer. The trainer leads clients through increasingly athletic movements, guiding people of all ability & levels toward improved health and athletic ability. 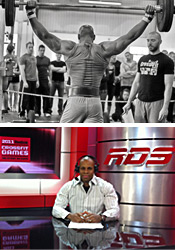 Jacques discovered CrossFit in 2005 while training for a competition that required performing multiple events in one day. After trying one workout RX from the CrossFit.com website and spending the next 15 mins in the fetal position, he was hooked and a believer.He tried to get as many people as he could to try this new way of training so he could have people to train with.

He then realized there were no affiliates in the province of Quebec and only two in Canada.

He then decided he wanted to share the CrossFit methodology with as many people in Quebec as he could. He went and did his Level 1 Certification in Santa Cruz California in 2006 which was taught by founder Greg Glassman. Jacques then opened the First CrossFit affiliate in the Province of Quebec, CrossFit Montreal in June 2006.

Today , his mission is still the same as in 2006. Share CrossFit with as many people as he can. 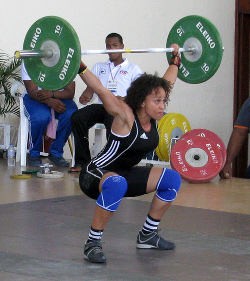